The Brandberg Mountain Range– or just the Brandberg – is situated in the Erongo region in the west of Namibia about 90 km from the Atlantic Ocean and covers an area 760 km². The mountain range has a mean height of 2500 metres and impressively surmounts its surrounding by some 2000 meters.

The name of the 30 km long and 23 km wide Brandberg derives from the glowing colours that the setting sun paints onto the mountain range as if the mountain was on fire. The closest town is Uis, which is about 30 km away and offers several overnight facilities.

Rock paintings at the Brandberg

The highest elevation within the Brandberg Mountain Range is the Königsstein, which with its 2573m* is the highest mountain of Namibia. The Königsstein can be hiked, which the migrant adventurer should only attempt during the month of moderate climate – April – September.

The Brandberg is famous for its numerous rock paintings, apparently 50.000 of them can be found all over the mountain. Some of these 2000 to 4000 year old paintings are difficult to access. Today scientists are sure that the paintings were made by the San (Bushmen), who inhabited the area a long time ago. Apart from depictions of warriors or hunters a large amount of different animal paintings can be found, an indication that wildlife must have been abundant during that time.

The best known rock painting, the White Lady, was discovered in 1917 by Reinhard Maack, who was the first European to climb up to the Königstein. He was a German explorer and universal scientist, who was engaged in many different fields at that time

He interpreted the White Lady, a 45 cm high rock painting, as warrior. Years later, in 1955 the French priest Henri Breuil interpreted the painting as white lady after he had compared the figure with a Greek portrayal in Crete. Although scientists today are convinced that the painting depicts a warrior or shaman of the San, the name “White Lady” remained.

The route to the White Lady, which today is unfortunately not completely intact, is about five kilometres long and a local guide has to accompany all guests visiting the painting, to avoid further vandalism to the paintings. The group of paintings, which include the With Lady, has been secured by bars. Sometimes the guides don’t allow pictures to be taken with flashlight. 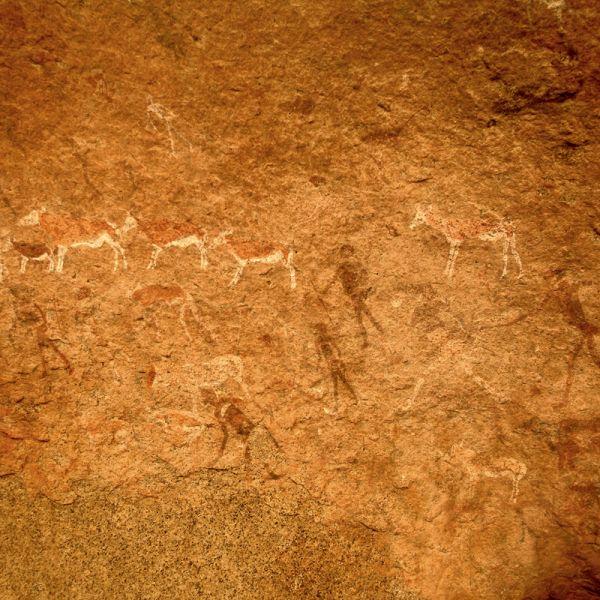 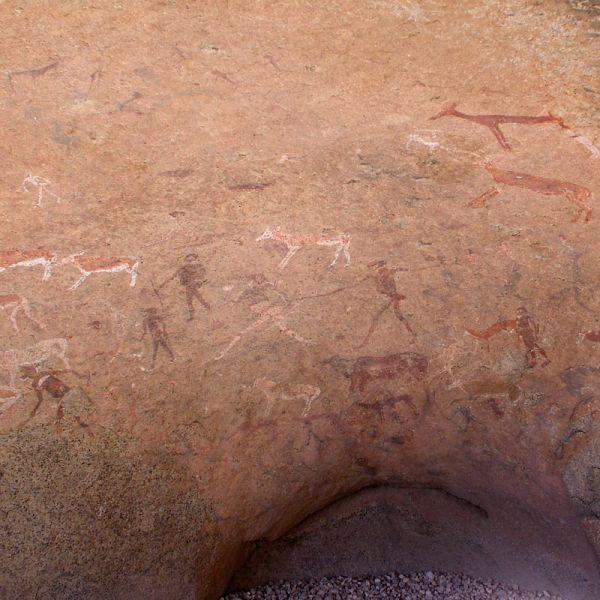 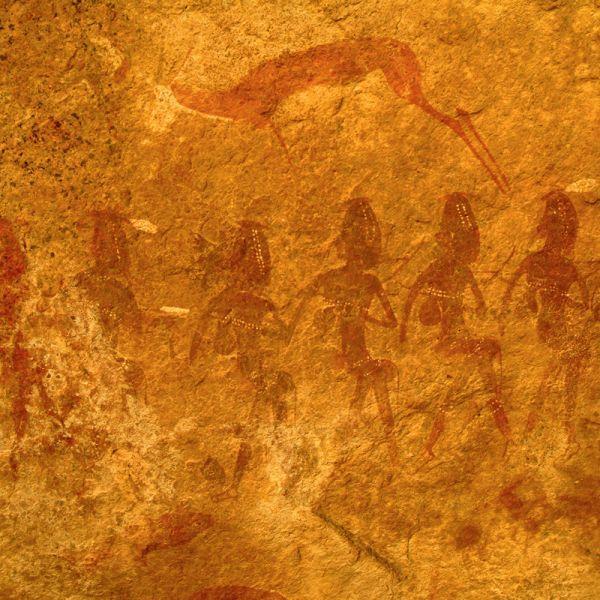 Numerous rock paintings from the San 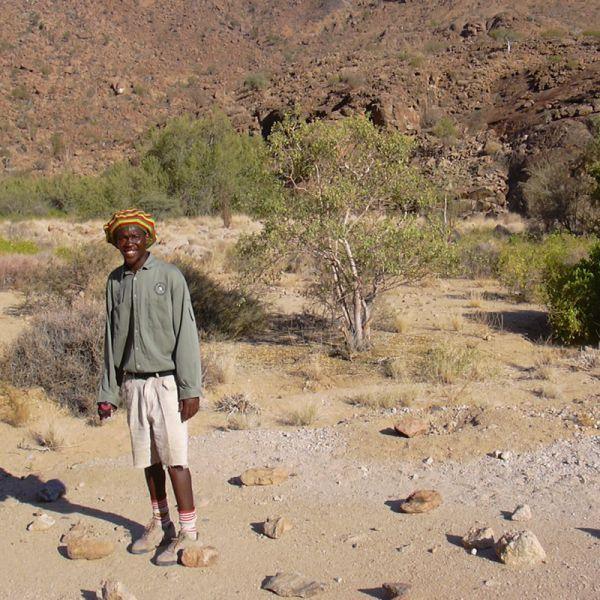 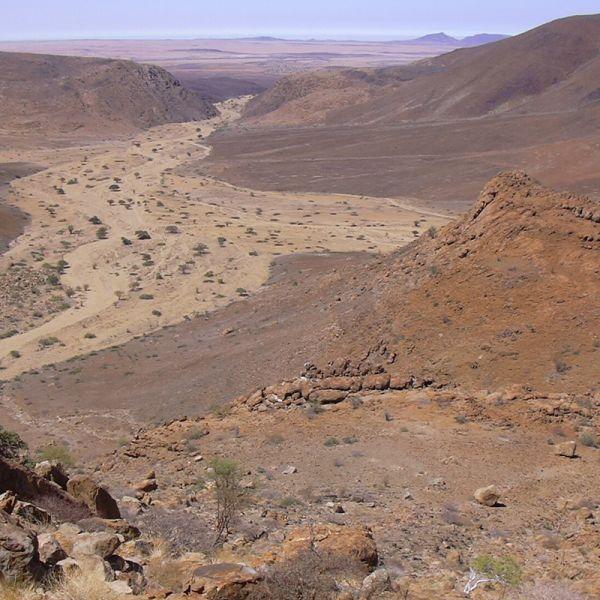 Spectacular views from the Brandberg into the surrounding areas 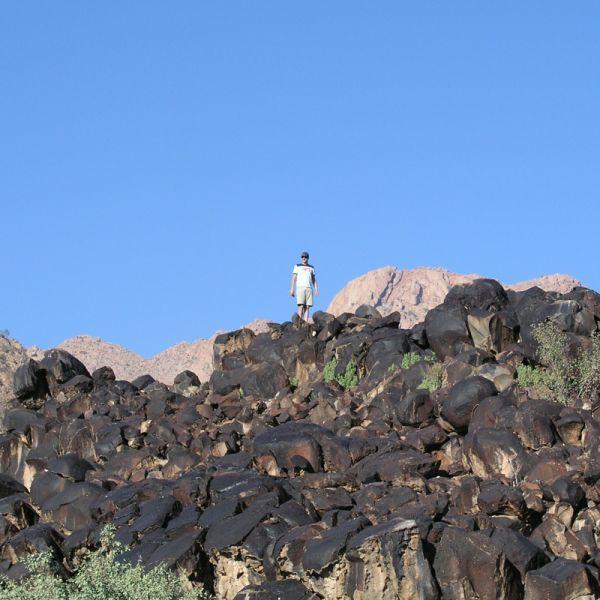 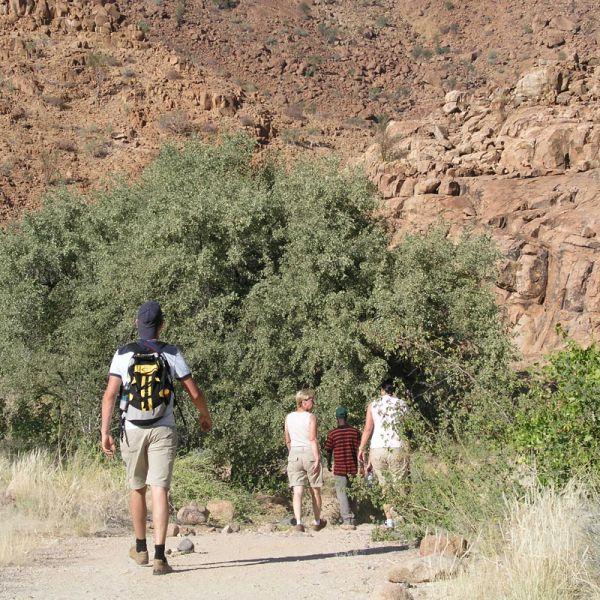 On the way to the White lady 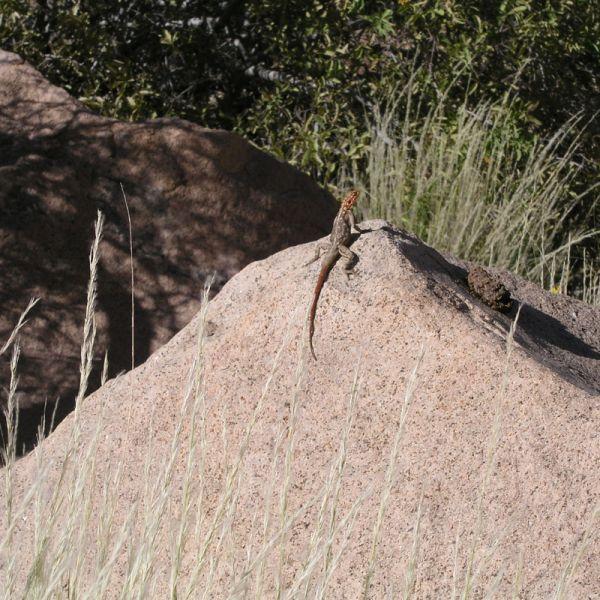