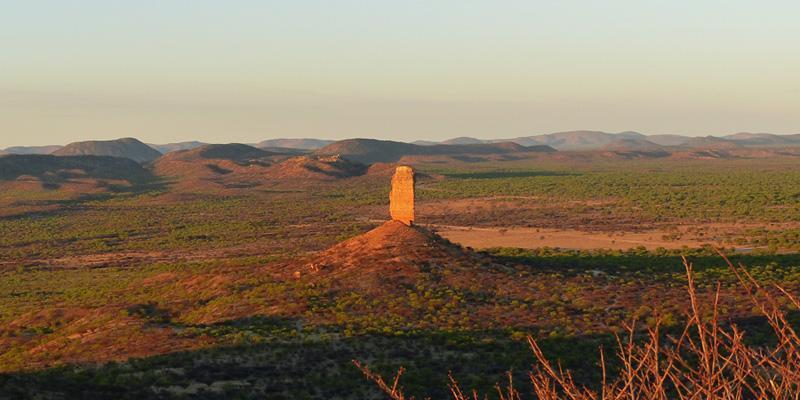 As if someone’s huge rock finger would protrude vertically into the air – this is how the Vingerklip stands, like a monument 70km west of the little town Outjo. Situated halfway be-tween Outjo and Khorixas, the Vingerklip is one of Namibia’s most famous and remarkable rock formations attracting substantial numbers of tourists.

Driving along the C39 from Outjo towards Khorixas, one has to turn left into the D2743 after about 70 km following the sign „Vingerklip“. After a few kilometres the Ugab River is reached where the view opens up to the amazing Ugab-Valley with its table mountains and plateaus. This fascinating landscapes looks a bit like the landscape in the US-state of Arizona and is called the Ugab Terraces. Here, millions of years ago the Ugab River (today a dry river only carrying water after good rainfalls) cut into the landscape and through the fluctuating speed of its waters sedimentation formed the terraces as seen today.

The Vingerklip is the geological leftover of a Ugab Terrace, its geological history can be read like an open book when looking at the layers of conglomerate. The Rock Finger stand on a hill top and has a height of 929 m above sea level, the rock itself is 35 metres high. Visitors are allowed to climb the hill to view the rock formation, but it is prohibited to climb the Vingerklip.

Interestingly until 1988 Namibia had two famous rock fingers. Apart from the Vingerklip the Mukorob or Mugorob (“Finger of God” in the Nama language) existed. It stood not far from Keetmanshoop, had a height of 12 metres and an extremely thin base of only 1.5 metres width and 3 metres length carrying about 450 tons. On the 8th December 1988 the Mukorob van-ished, leaving only an empty pedestal and a huge heap of sandstone. Many reports blame strong wind for the collapse, but this is not entirely true. Geologists found three factors, which lead to the collapse: Firstly the moisture penetration of the narrow pedestal on which the Mu-korob stood caused a reduction in bearing capacity; secondly the mass of the Mukorob and last but not least the fact that on the 7th December a strong earthquake of 6.9 on the Richter scale shook Armenia. The ground motion was registered even in Windhoek. These seismic shocks probably brock the Mukorobs neck. As the collapse has only been noted on the 8th December, i.e. a day later these assumptions can be plausible.

As the Vingerklip is the only still existing rock monument in Namibia it enjoys a touristic upgrading. Many tourists visiting the Etosha National Park visit the Vingerklip on a little detour. Last but not least the luxurious Vingerklip Lodge with its well-known good service and grand vistas does its part to attract guests. 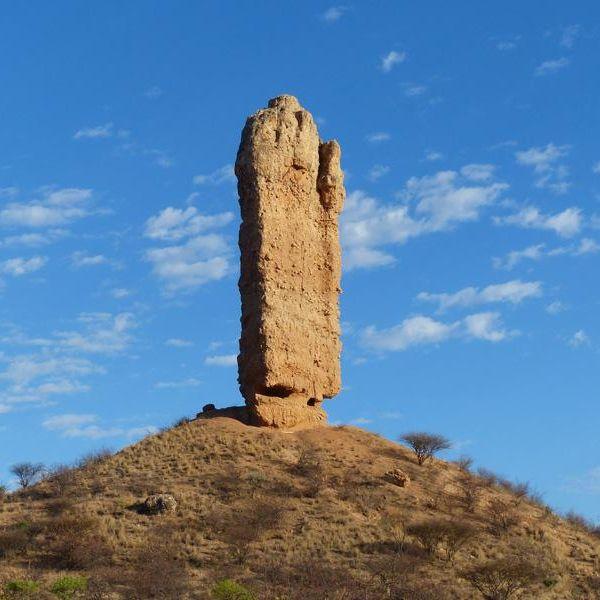 The Vingerklip is a geological leftover of a Ugab Terrace 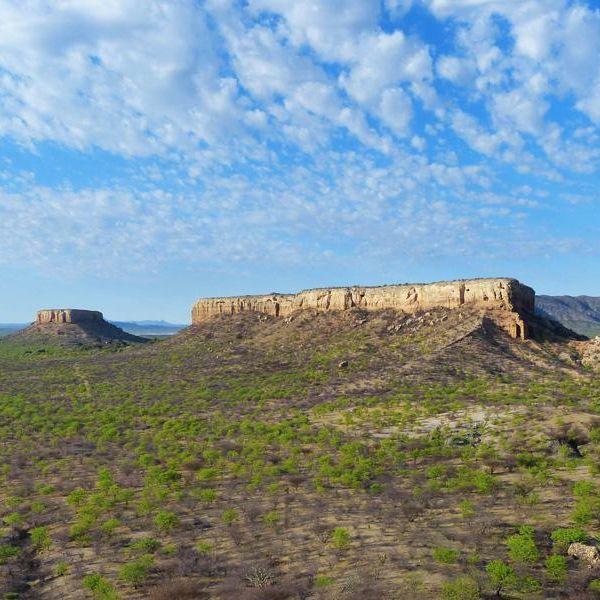 The Ugab Terraces between Outjo and Khorixas 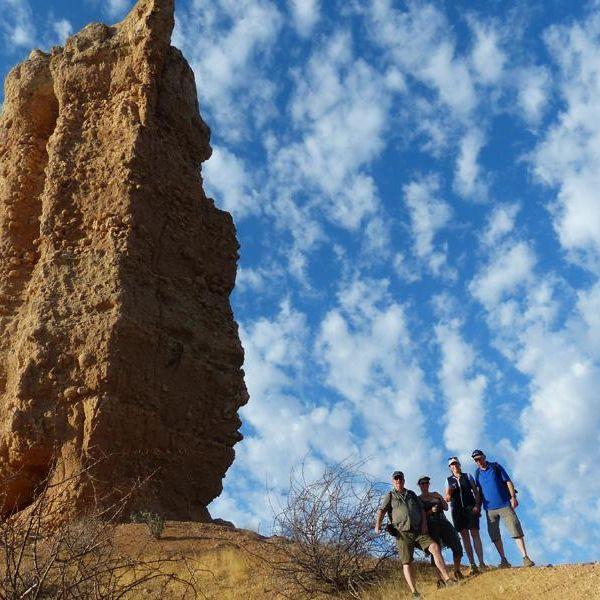 The Vingerklip - A touristic highlight 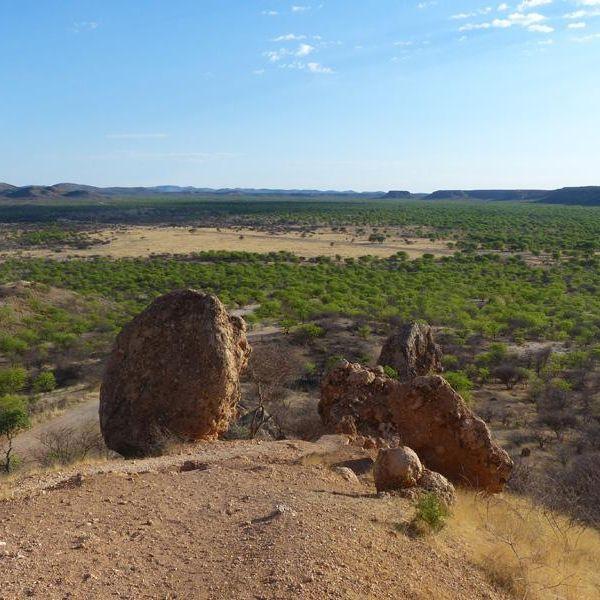 View from the Vingerklip into the Ugab valley