Visitors have to report here. It is important to know that during the summer month the Canyon hike is closed due to the heat. The Fish River Hiking Trail can be conducted during the months April – September and can be completed within 4 to 5 days, depending on fitness. It covers a length of 85 km and the descent into the Canyon is only allowed for hikers doing the trail. Day-visitors are not allowed to climb into the Canyon.

The Fish River is 800 kilometres long and thus the longest river of Namibia. It has its source in the eastern parts of the Naukluft Mountains. After about 200 km the river flows into the Hardap Dam which is the largest water reservoir of the country with a circumference of 30 km and a surface area of 28 km².

After being retained the Fish River does not carry water continuously, only during the rainy season the river might turns into a torrent. During the dry season sporadic pools supply water to many animals.

The formation of the Fish River Canyon

The history of some of the oldest rocks in Namibia (gneiss) cut by the Fish River started over a billion years ago. A might mountain range eroded down to a vast plain flooded by the ocean about 650 million years ago. Then about 350 million years ago the biological formation of the Fish River Canyon started. A vast graben formed along old tectonic faults. It formed the broad ancient valley of the Fish River. The edges of this graben that are more than 20 km apart today form the upper edges of the canyon. After the formation of the graben structure 300 million years ago the riverbed was still 300 metres higher than it is today. With the so-called Gondwana-Glaciation glaciers further deepened the graben. Today ice in the canyon is completely unimaginable.

With the separation of the continent Gondwana about 120 million years ago and the uplifting of the African continent the gradient of the Fish River increased allowing it to erode even deeper into the rock. Today the deepest point of the canyon is 549 metres deep. 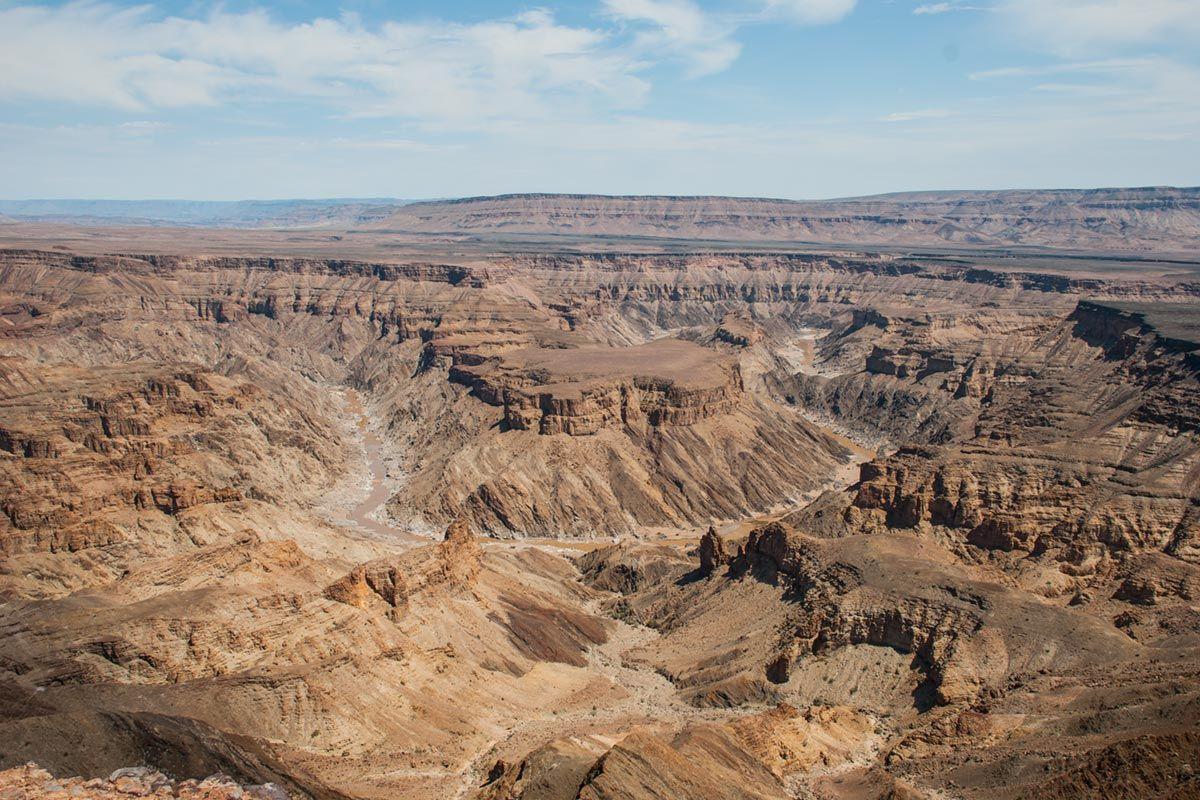 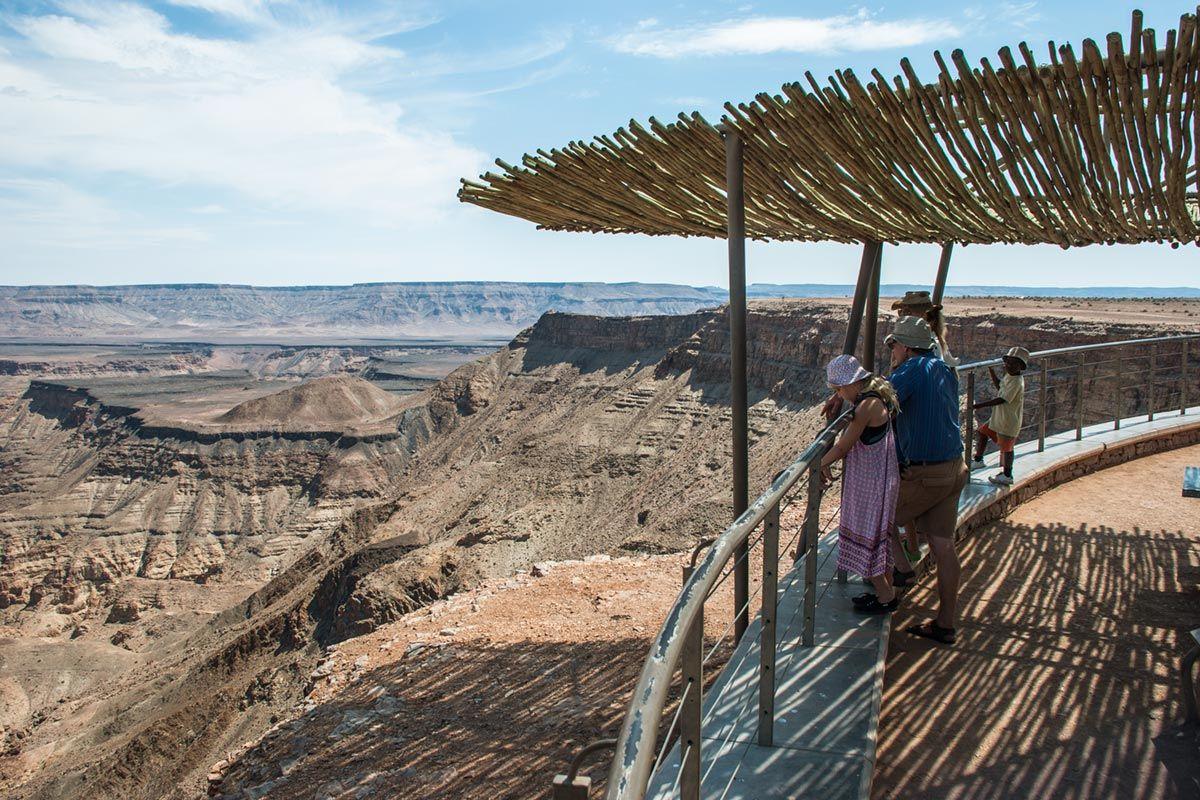 Viewpoint of the Fish River Canyon 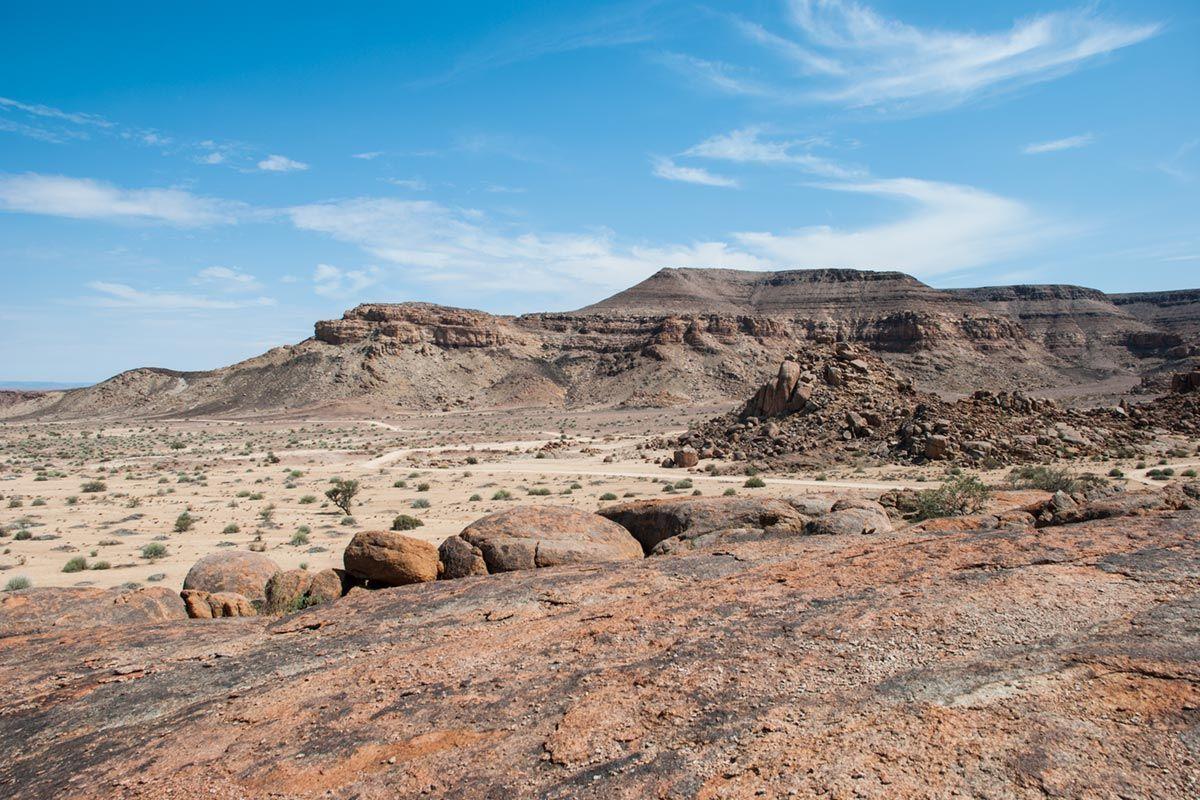 Landscape close to the Fish River