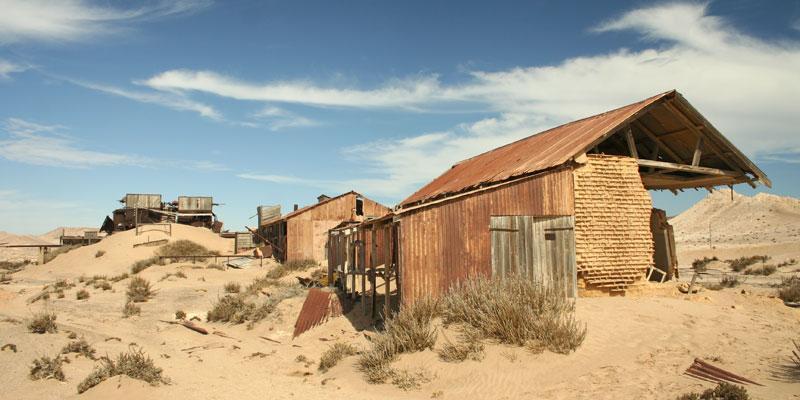 A soon as the first diamond was found at Grasplatz along the railway route Lüderitz – Seeheim in 1908 the peacefulness of the desert surrounding Lüderitz came to an end for the time being. The railway worker August Stauch from Thüringen, who came to the German colony in 1907 following his doctor‘s advice due to his asthma problems, was instructed to keep a 20 km long stretch of railway free of the ever shifting sand. One of his workers, Zacharias Lewala, had worked at a South African diamond mine before and had some knowledge in mineralogy.

In 1908 this worker brought Stauch a raw diamond, which he had found in the sand of his shovel, as Stauch – hobby mineralogist himself - had instructed that all unusual stones found should be brought to him. Until today it is still disputed if Lewala knew that he had in fact found a diamond. Stauch’s friend in Lüderitz, Sönke Nissen, a mine engineer, confirmed that the stone fund was indeed a raw diamond. Stauch and Nissen kept very quiet about this discovery and secured a claim of 75 km² at Kolmannskop for themselves. There they discovered more diamonds and became rich men even before the area was declared Restricted Diamond Area (Diamantensperrgebiet) by the German colonial administration. Stauch together with some investors founded several mining companies and became a millionaire.

During the time of the diamond rush towns like Kolmannskop and Elizabeth Bay arose, which belonged to Namibia’s richest towns. In 1920 the diamond deposits around Lüderitz were considered depleted and the claims were sold to Ernst Oppenheimer. He founded the company called “Consolidated Diamond Mines of South West Africa (CDM)”, which was later taken over by the De Beers group. The once flourishing towns like Kolmannskop were deserted and turned into ghost towns as the desert claimed its habitat back.

Ernst Oppenheimer’s company perfected the mining process and extended the mining area further north of Lüderitz and also far to the south. To protect the deposits the area was declared a restricted area. Through the use of heavy machinery the mining process became extensively industrialised and was extended, mainly under the influence of De Beers into the estuary of the Orange River

The present Restricted Diamond Area is also called the Sperrgebiet National Park (proclaimed in 2008) and stretches from the southern border of the Namib Naukluft Park to the Orange River, the border of Namibia and South Africa. It covers an area of 26.000 km² and is crossed by the national road B4 from Keetmanshoop to Lüderitz. The road to Lüderitz is open for the public but for a visit of Kolmannskop a permit is required. This also applies for visits to Oranjemund in the far south.

Today the mining activities concentrate on the Atlantic at the Orange River estuary, thus some of the strict entrance restrictions were nullified with the proclamation of the Sperrgebiet National Park in 2008. Further deregulations of the strict rules are expected to be abolished in the interest of the tourism industry. Especially the small town of Oranjemund could benefit hereof. The town had been founded by the diamond company De Beers and served mainly for accommodating mine workers. The mine owner established several recreational facilities to combat boredom. The Atlantic also offers beautiful beaches. By making the town accessible for tourists a further lucrative touristic attraction would emerge, especially as the town only went in possession of the State in 2010 – until then it had been private property. 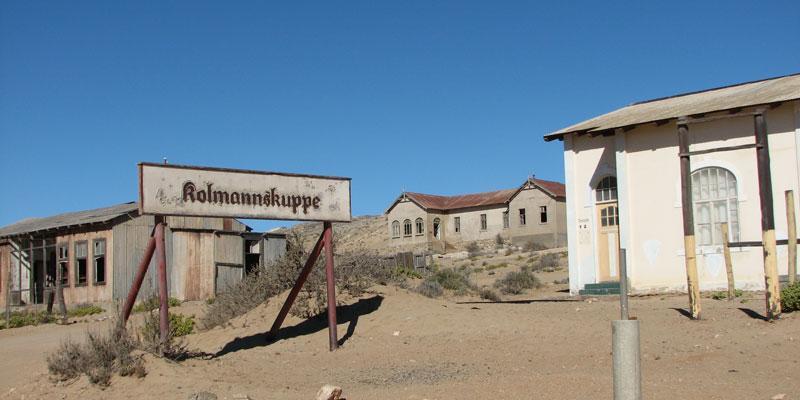