Firstly about the Namib Naukluft Park: This conservation area within the oldest desert worldwide, the Namib, is situated along the Atlantic coast, covers an area of nearly 50,000 km² and is the largest protected area in the country. The park was formed by merging several regions (Namib, Naukluft, Sossusvlei/Sesriem, and Sandwich Harbour). The present size of the park has been proclaimed in 1979. Only a small part of the park is accessible for visitors: the Naukluft Mountains, the Sossusvlei as well as some parts of the Kuiseb River. The huge protected area is about 500 km long and between 100 and 150 km wide.

The Sossusvlei (vlei=pan) is a salt-clay pan surrounded by dunes. In the Nama language Sossus means something like “blind river” and refers to the Tsauchab River, which when in flood seeps away in the desert without reaching the only 50 km far Atlantic above ground.

60,000 years ago the Tsauchab River presumably did flow into the Atlantic Ocean. Due to sanding up and cutting off of the river the whole 50 km to the Atlantic consists of different vleis, of which the Sossusvlei is the best known. To compound the situation the wind formed the famous up to 300 metre high dunes, which surround the vleis.

Very seldom, about every ten years after exceptional rains the Tsauchab fills the clay pan with water and forms a lake, which remains for some time thanks to the impermeable clay layers and which forms a beautiful contrast to the surrounding dune landscape with its turquoise water.

Close to the Sossusvlei lies the just as impressive Dead Vlei. This Vlei has long been cut off from the Tsauchab River by a large sand dune. The result: a large amount of dead camelthorn trees, which have been conserved by the extremely dry climate which prohibits the trees to decay.

At the edge of the Dead Vlei one can climb the „Big Daddy“ also called the „Crazy Dune“ which is assumed to be the highest sand dune worldwide. It is advisable to arrive in early morning hours when attempting to climb the dune as it takes 1.5 to 2 hours and is extremely strenuous.  The effort is rewarded with one of the most incredible views! Running down is fun and fast!

The former adventurous road to Sossusvlei has been tarred in 2006. After 45 kilometres the well-known Dune 45 is reached, which stands out due to its height and is a popular photo motif. The best time to take pictures is during the early morning hours and in the late afternoon when the low standing sun crates a contrasting play of shadows.

Five kilometres before reaching the Sossusvlei the tarred road ends. Guests driving a 4x4 and having experience with driving in thick sand can continue to the Vlei. All others have to walk or have to make use of the shuttle service.

Visitors have to leave the park before sunset and are registered when entering the park.

The Sossusvlei experience can be read about in many travel reports, but you have to experience it first handed to understand the beauty of the place. 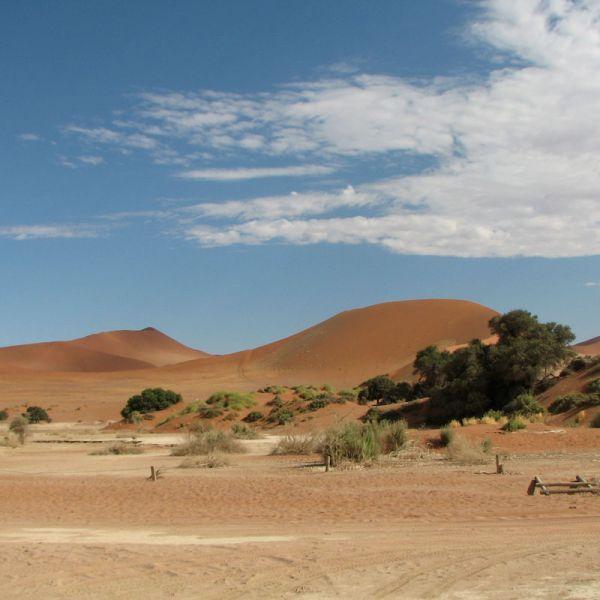 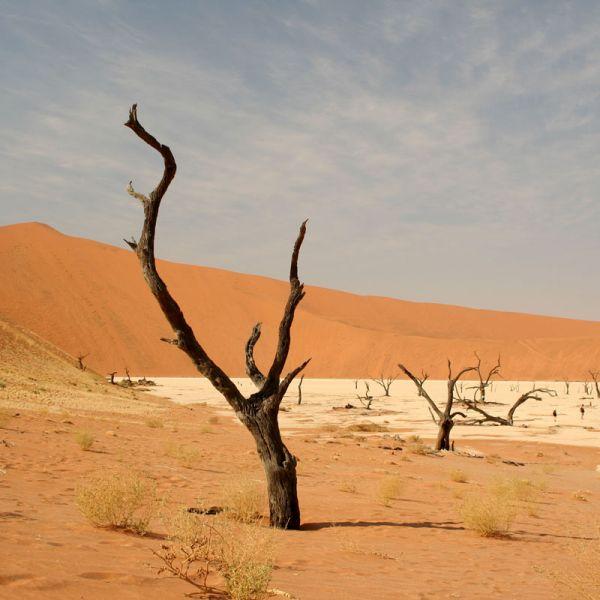 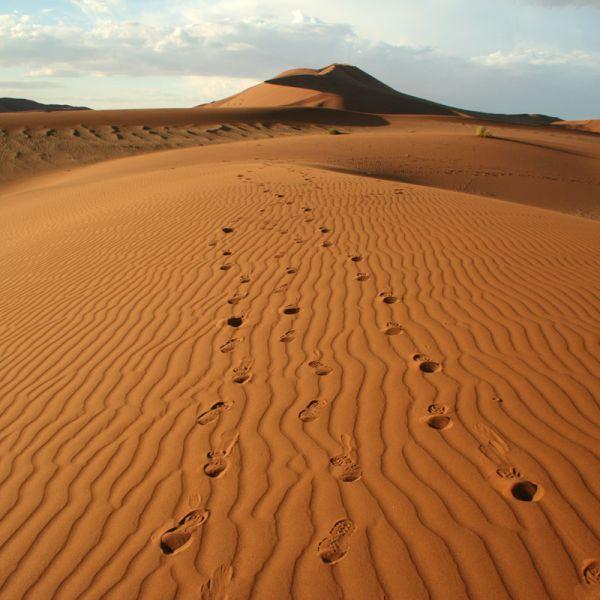 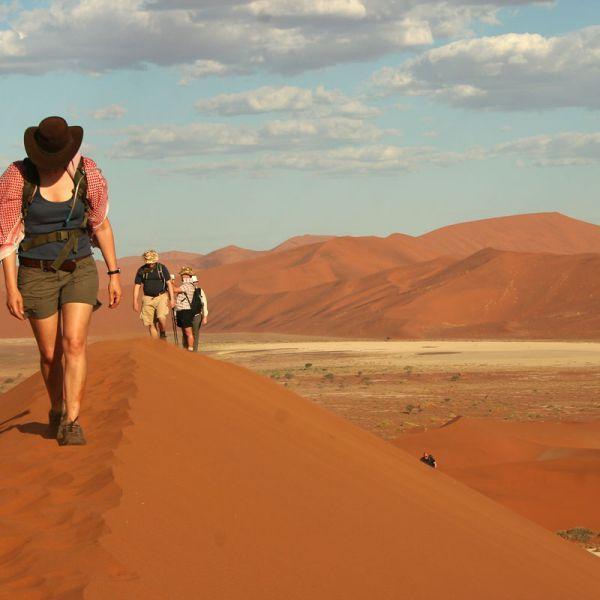 Climbing the dunes at Sossusvlei

In May 2012 Wolfgang Steiner visited Namibia to take some pictures of landscapes on moonless nights with the night sky as background. He did an amazing job and composed some magical images of the Dead Vlei and the Kalahari. Info-Namibia is allowed to publish some of these pictures by courtesy of Wolfgang Steiner. More information about Wolfgang Steiner can be found on his website 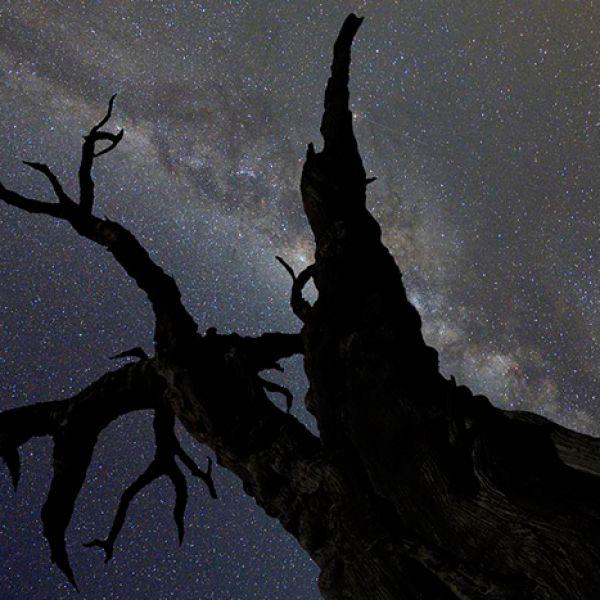 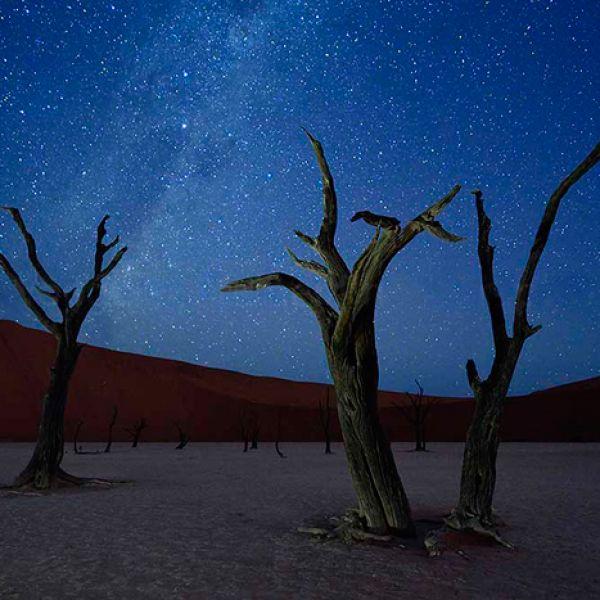 The Milky Way in the Namib 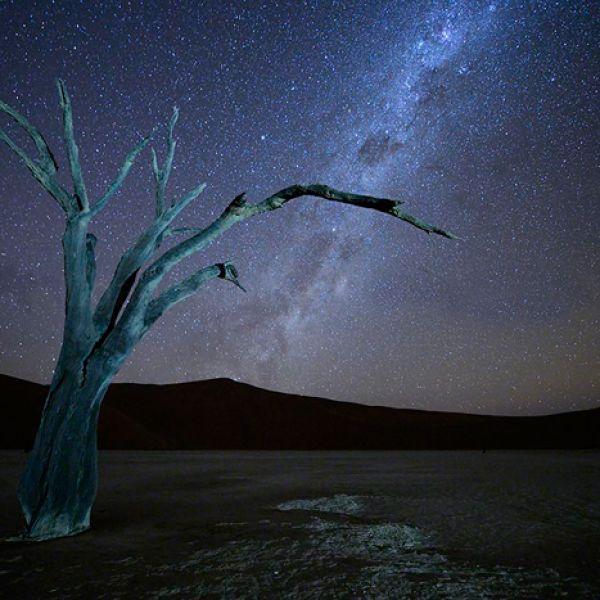 A Camelthorn tree in a moonless night 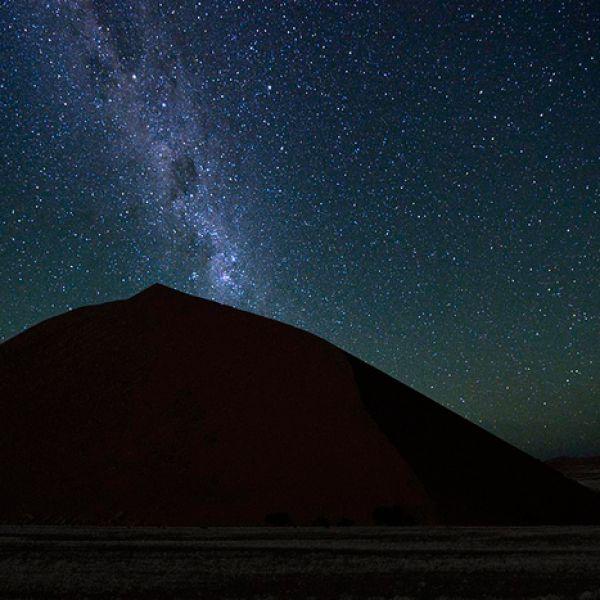 A dune of the Sossusvlei at night 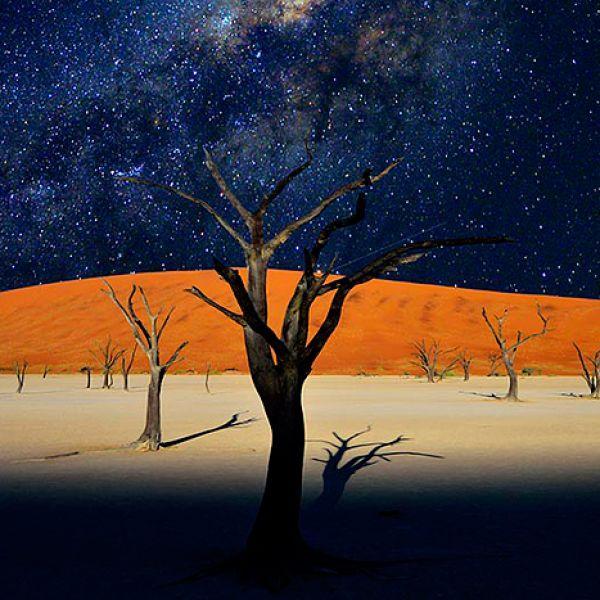 A magical moment in the Dead Vlei 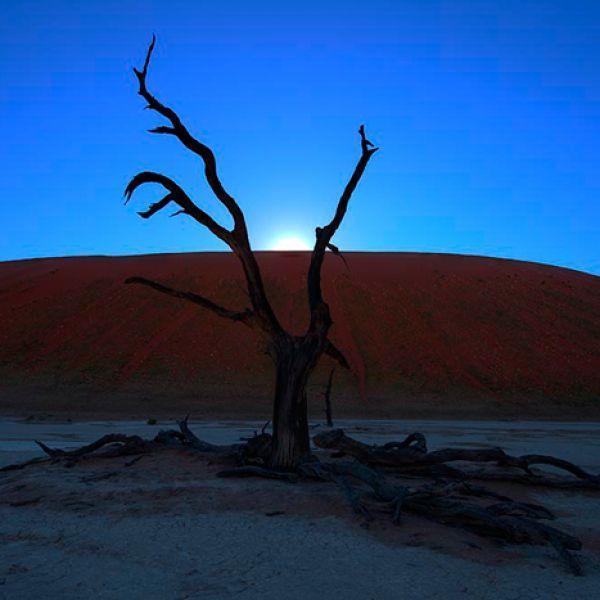 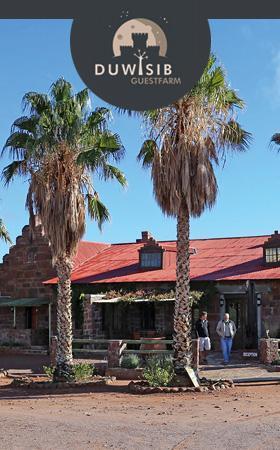 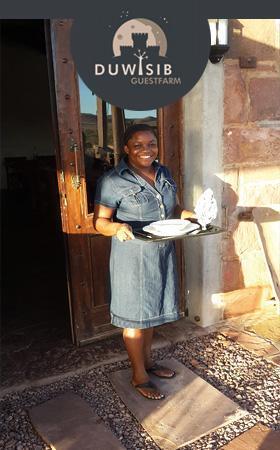 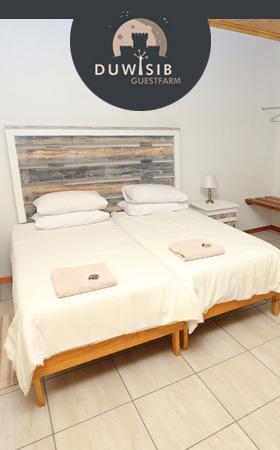 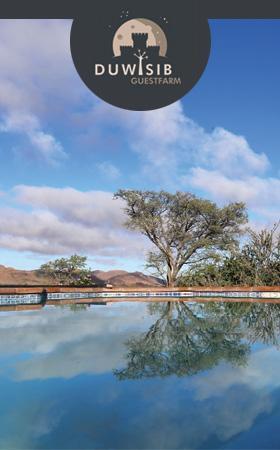 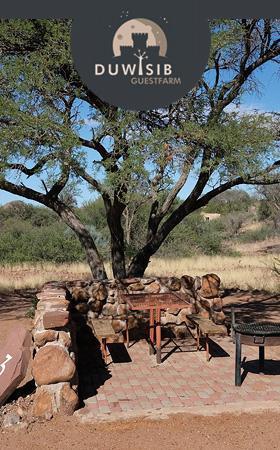