Fly over the Sossusvlei, Cape Cross or the Skeleton Coast

Eagle Eye Aviation is a well-established flight and activity operator in Swakopmund run by the Botha brothers. Exclusive and luxurious scenic safaris to many of the coastal highlights are offered. Highlights are the Namib Desert with its Sossusvlei, the Skeleton Coast with its ship wrecks, the Kuiseb Canyon, Cape Cross with its huge seal colony and many more.

Get to see Namibia from a bird's eye view - an unforgettable experience! 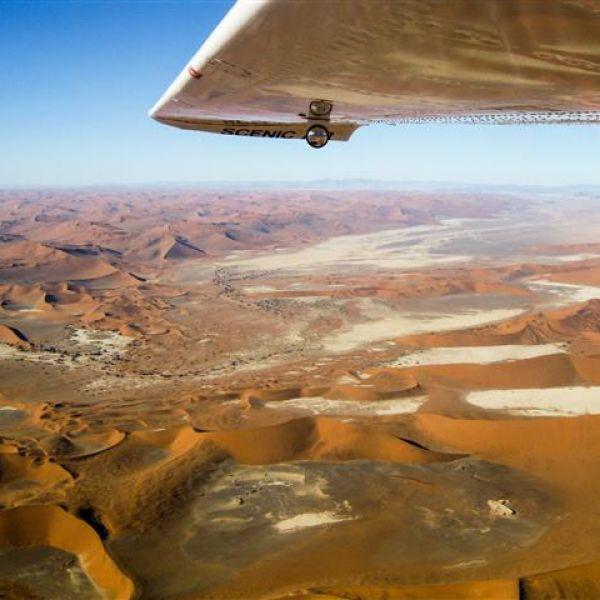 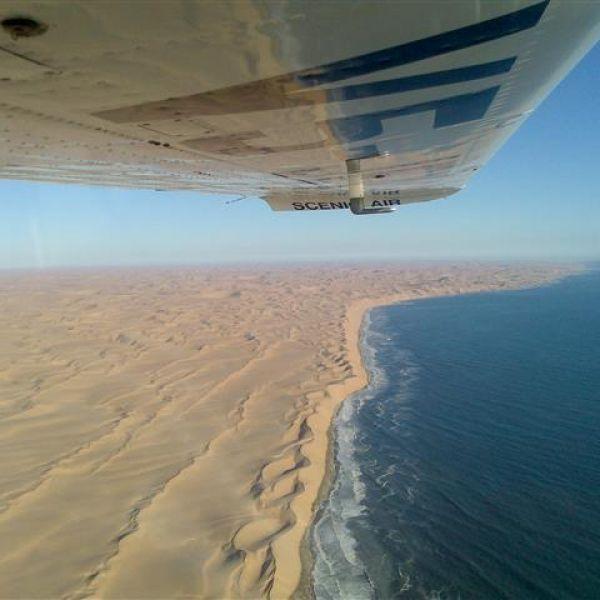 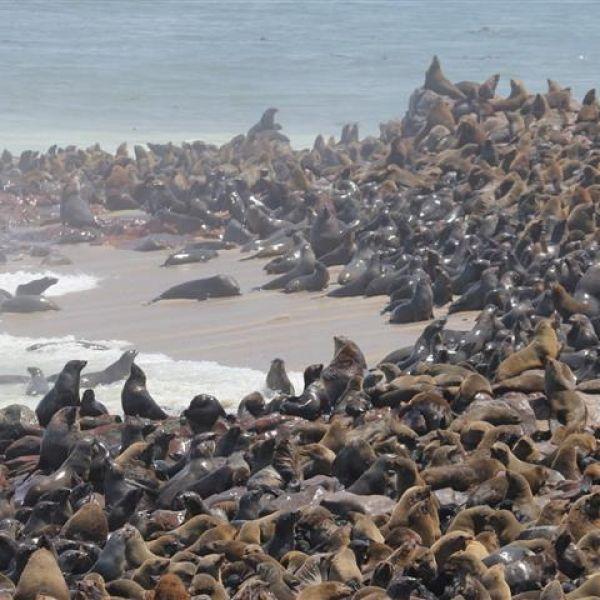 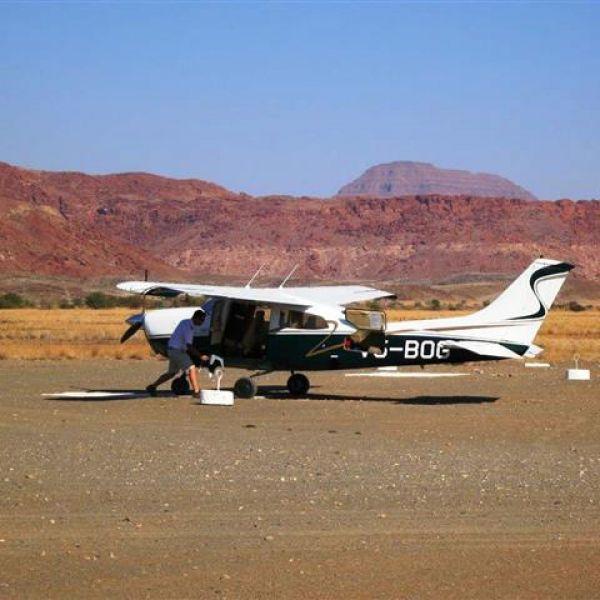 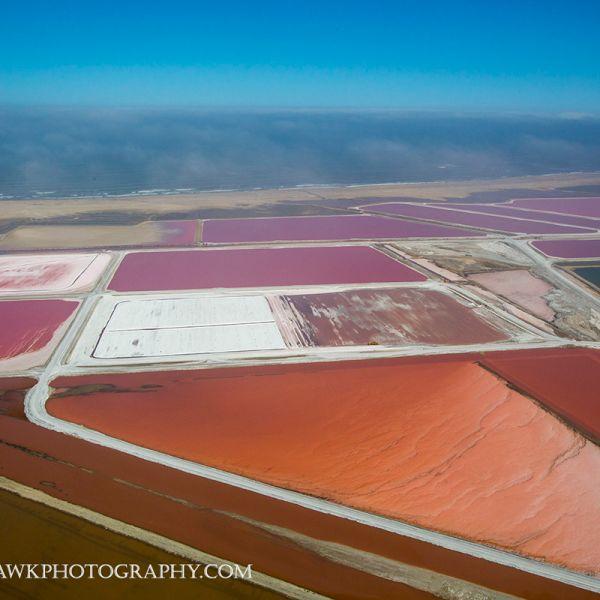 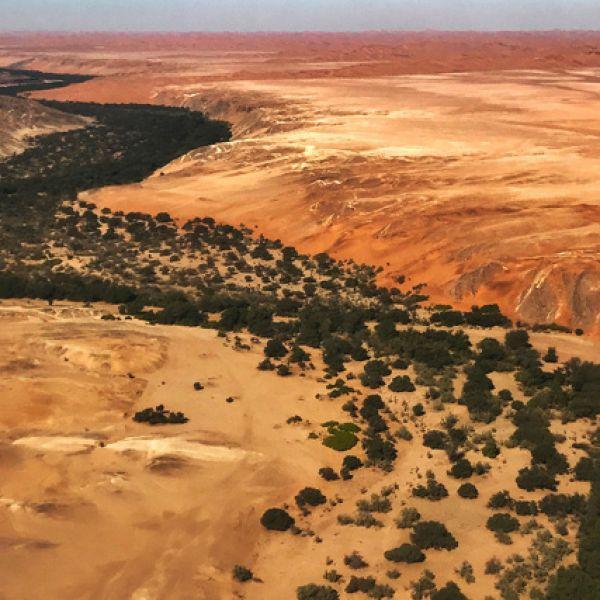 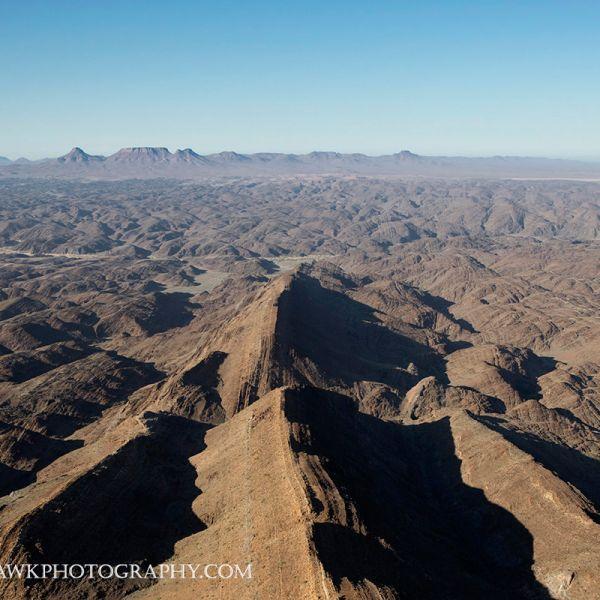 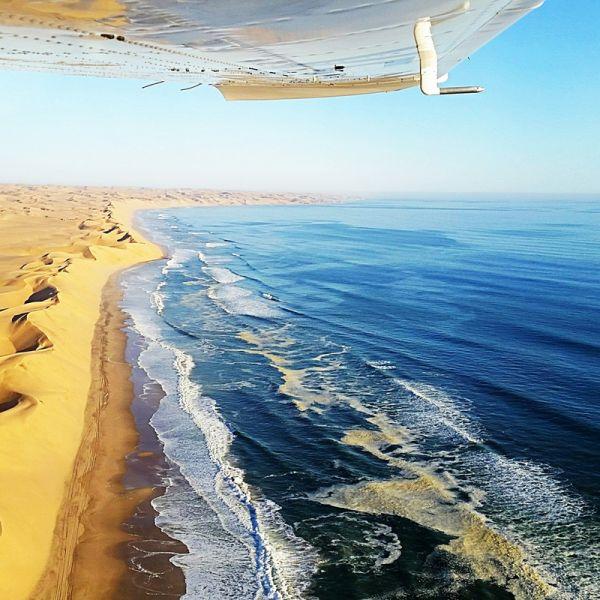 Where Dunes meet the Sea 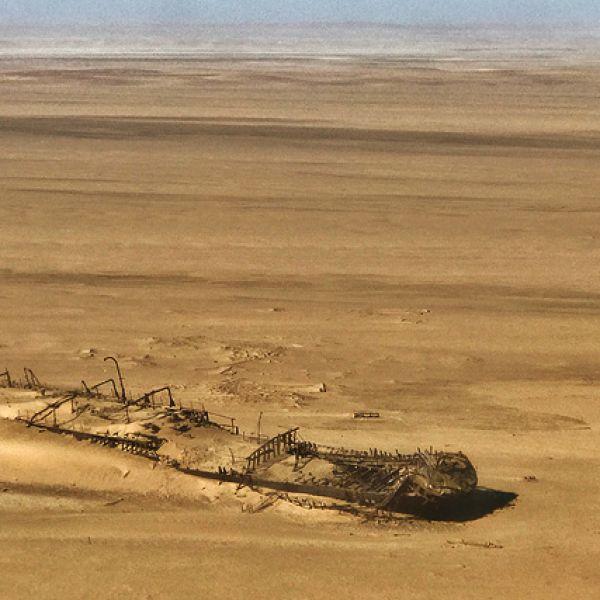 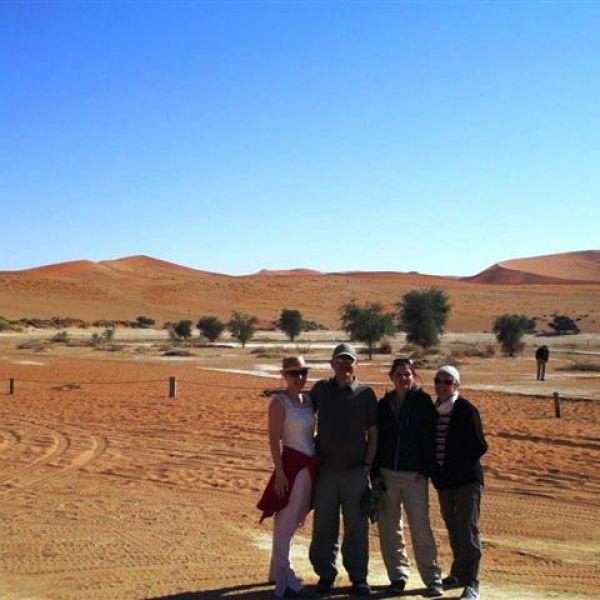 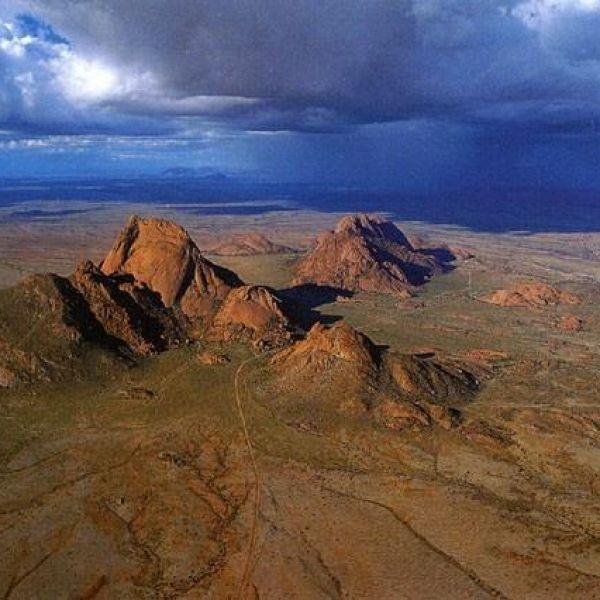 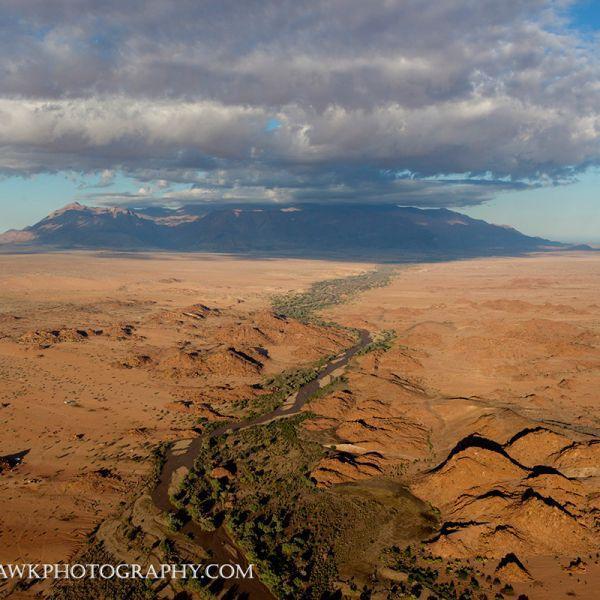 Route and highlights: We take off from Swakopmund and fly along the dry river bed of the Kuiseb river inland to the picturesque Kuiseb Canyon. We get to see the Tsondab Valley and the impressive Dead Vlei and Sossusvlei with the highest sand dunes worldwide. Further west we cross over the mystic diamond restricted are (Sperrgebiet) with its abandoned diamond ghost towns. We continue via Conception Bay and its seal colony to the shipwrecks of Eduard Bohlen (1909) and Shawnee (1976). Finally we arrive at Sandwich Habour, a protected area where the rolling waves of the Atlantic Ocean hit the mighty sand dunes of the Namib Desert. Via the colorful salt mines of Walvis Bay we fly back to Swakopmund.

Route and highlights: We take off from Swakopmund and fly over the barren and impressive "Moon Landscape" and the wide Swakop and Kuisib Riverbeds. After a short flight we reach the impressive dunes of the Namib south of Walvis Bay. We fly south over the huge sand sea to reach the Eduard Bohlen and the Shawnee shipwreck which stranded in 1909 and 1979 respectively. On our way we encounter several smaller seal colonies until we finally reach Sandwich Habour, where the mighty sand dunes meet the stormy Atlantic Ocean. Via the colourfully reflecting salt mines of Walvis Bay we return to Swakopmund.

Route and highlights: We take off in Swakopmund and fly along the Swakop River to the impressive Moon Landscape. We continue via the Rössing Uranium Mine, the world's biggest open pit coastal mine, to the Spitzkoppe, also called the "Matterhorn of Namibia", an inselberg that surmounting it's surrounds by 700 metres.

Next highlight of the flight is the Brandberg mountain range, Namibia's highest mountain. Further north we fly over the mostly dry Ugab River with the chance to spot desert-dwelling elephants, ostriches, oryx antelopes and other game.

We hit the rough Atlantic coast and fly south along the Skeleton Coast to find some of the famous shipwrecks before reaching Cape Cross. Here one of the biggest cape seal colonies in Namibia is based. Via the little fisherman's village Hentiesbay and the shiny salt mines of Walvis Bay we return to Swakopmund.

Route and highlights: We take off in Swakopmund in a southern direction to fly over the Namibian harbour town Walvis Bay to the mouth of the Kuiseb river. We continue south where we visit the Shawnee ship wreck of 1979, before flying on to Sandwich Harbour where the huge sand dunes of the Namib Desert dramatically meet the Atlantic Ocean. We return via Walvis Bay to Swakopmund to end our journey.

Route and highlights: We take off from Swakopmund early in the morning and fly via the barren "Moon Landscape" and the dry Kuiseb Riverbed to Sossusvlei. After about 1 hours flight we land at Sossusvlei Lodge, where a safari vehicle awaits us, taking us deeper into the Namib Desert. After a breakfast in the dunes (optional) we visit the famous Dune 45 (named after the distance of 45 km to the Sesriem entrance gate).

Further highlights of the excursion are the Big Daddy, which is known to be one of the highest sand dune in the world rising up 325 metres and the Dead Vlei with its picturesque dead camelthorn trees. A long time ago the Tsauchab River flew into this Vlei supplying water to the trees. The moving dunes eventually cut off this life-giving source, leaving the trees to dry out and die. The absence of humidity conserved the trees and they remain until today as mummified witnesses of long gone times. Another highlight is of course the Sossusvlei, today’s drainage basin for the ephermal Tsauchab River. Back at Sossusvlei Lodge we enjoy a hearty lunch.

After lunch we fly along the coastline back to Swakopmund, encountering further interesting sightings along the way like the mysterious restricted diamond area "Sperrgebiet" with its abandoned ghost towns, Conception Bay with its seal colony, the shipwrecks Eduard Bohlen (1909) and Shawnee (1976) and last but not least Sandwich Harbour where the rolling waves of the Atlantic Ocean break against the mighty sand dunes of the Namib Desert.

It’s our pleasure to book this activity for you. You will have no additional costs as we charge the public rates. Please refer to our Terms and Conditions.