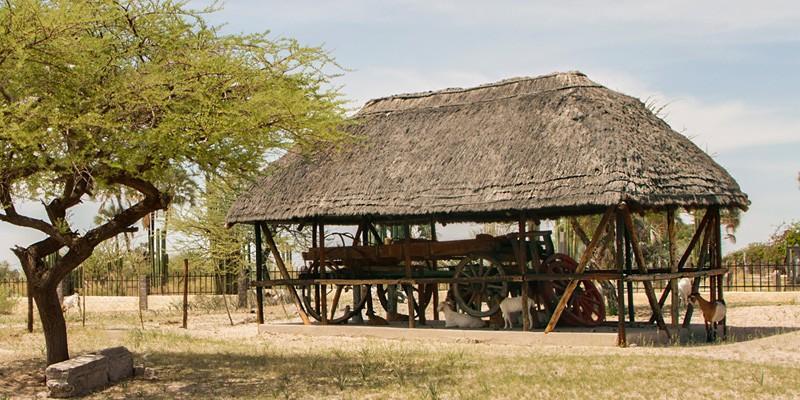 The Nakambale Museum is situated in the former Finnish Missionary station Olukonda close to the town Ondangwa in the north of Namibia.

The Museum was named after the Finnish missionary Martti Rautanen, whose nick name was „Nakambale“ .Rautanen became missionary in 1880 shortly after the missionary station was founded. He initiated the building of a church and a missionary house. Both buildings still exist.