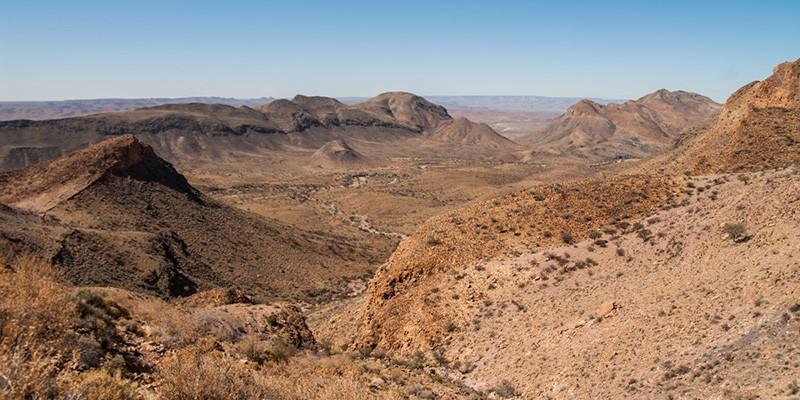 Geographical location of the Naukluft

The Naukluft forms part of the Great Escarpment and the Namib Naukluft Park, one of the most important National Parks in Namibia. The mountain range is situated at the eastern edge of the Namib Desert between Sesriem and Solitaire. It rises up to 1000 m from the surrounding land and reaches an overall height of 2000 m above sea level.

Gorges of the Naukluft

Quiver tree at the Waterkloof Trail

Crystal-clear pool in the mountains

At the summit of the Waterkloof trail

Big pools invite for a swim

Read more about the Naukluft