Climate and Weather of Namibia

Namibia – one of the sunniest countries in the world 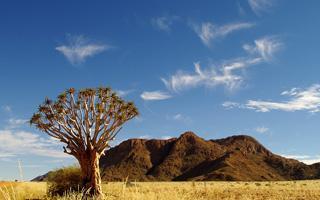 With an average of 300 days of sunshine annually Namibia is one of the sunniest countries in worldwide. The climate is generally arid which means that the potential evaporation is higher than the precipitation, which again results in a very low humidity.

In general Namibia’s climate can be described as hot and dry, substantial fluctuations during the seasons or even within one day are typical. The different regions show considerable climatic differences regarding precipitation and temperature though. The amount of precipita-tion increases from the southwest to the northeast from an annual 0 mm to a maximum of 600 mm.

Namibian climate according to regions 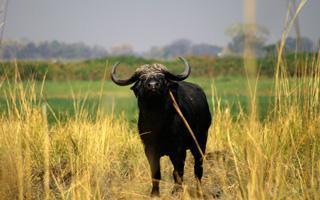 Buffalo in the Mudumu National Park enjoys the Caprivian weather

The Caprivi Strip (and also the Kavango area) in the northeast has the highest rainfall with up to 600 mm and in the far northeast even up to 800 mm annually. Here the humidity is also the highest and a hot tropically humid climate dominates, making the region the greenest in the country. Rivers and swamps are plentiful and dominate the landscape. During the summer months the average temperature lies at 35° C during the day, dropping to about 20° C at night. In winter the day temperature rises to a cosy 28° C, but at night the temperature can drop to 7° C or even 1° C. Frost does not occur though. During the summer months the Caprivi has an average of 8 – 10 rainy days a month, whilst during the months of June to August hardly any precipitation is received.

Between the Kalahari in the east and the Namib Desert in the west lies the Namibian central highland with the capital Windhoek in its centre. Due to its altitude of 1700 metres on average (at Windhoek even up to 2000m) this highland has moderate temperatures and average rainfalls. The average day temperatures lie at 30° C in January to 20° C in July and between 17° C in January and 7° C in June at night. During winter overnight frost can occur.

Usually no rainfall occurs between June and September. The annual precipitation average of the last 20 years for Windhoek is 370 mm. Of this 296 mm of rain were received from January until May, 5.2 mm from June to September and 76 mm from October to December.

In the desert areas, the Namib and the Kalahari, only little rainfall can be expected, with the Kalahari receiveng higher rainfalls than the Namib. Temperatures may rise above 40°C in summer, sometimes even up to 50°C. In winter temperatures still reach a pleasant 20° C to 25° C. At night temperatures may drop below 0° C though. For some visitors these high fluctuations are rather challenging.

The harsh climate of the Atlantic coast 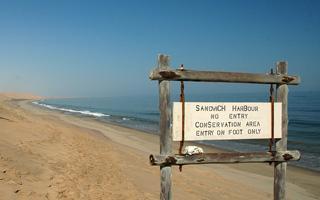 Sandwich Harbour at the Namibian coast - Where dunes and ocean meet

The closer one gets to the Atlantic coast the less the rainfall. Here the climate differentiates drastically from the rest of the country. Due to the cold Benguela Current along the Atlantic coast the temperatures drop strongly compared to other areas of the country. The prevailing southwest wind is cooled down by the Benguela Current to the extent that no cloud formation can take place at this altitude. Yet a fog bank develops over the Atlantic which lingers along the coastal belt for about 200 days annually and which may also infiltrate several kilometres inland.

Due to the constant south-westerly wind the fluctuation in temperature during summer and winter months is moderate. Thus the average temperature in Swakopmund in January lies at 20 °C, whilst in August an average of 16°C is measured. During the winter month and especially when foggy it can be uncomfortably cold. Except for the days where the so-called east wind weather prevails and warm winds from the Namib Desert heat up the coast. Nevertheless, Namibia is not a country for the typical beach holiday as the water temperatures of the Atlantic rarely rise above 19° C and if they do then only during January – March. 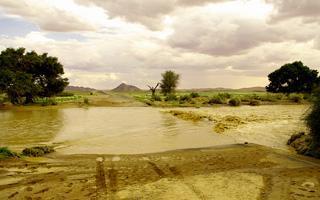 Generally when looking at the average weather the yearly cycle can be summed up as follows:

During the months December to March it is generally hot throughout the country. The main rainy season starts in January (often with thundershowers). The vegetation turns into a lush green.

During April to May rains might still occur. The temperatures slowly start to drop.

From June to September it is winter in Namibia. No more precipitation is received (except in the far south – in the winter rain areas) and during the day temperatures are moderate to warm. The nights are severely cold, in the inland and desert overnight frost occurs. The vegetation changes from green to brown.

In October and November temperatures rise increasingly and it gets hot again. The so called “little rainy season” starts and brings a most welcome end to the long dry period. 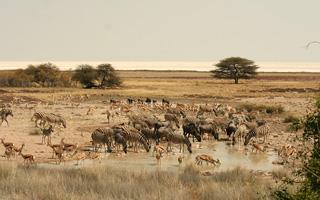 Etosha waterhole in the dry season

Every single month is worth a journey to Namibia. Most visitors prefer to travel during the months May to October. It hardly ever rains and the visitor can enjoy the uninterrupted sunshine, except at the foggy coast. The climate is moderate and during the day it does not get extremely hot. Nevertheless it can get very cold in the evenings.

These months are also ideal for game viewing. The vegetation is receding and drying out and open water in the veld is drying out. Thus the animals have no option as to visit permanent water holes which again results in perfect game viewing and photographing opportunities for visitors. This goes especially for the Etosha National Park, but also for private farms and lodges. 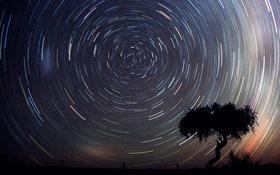 Due to the low population density, the very low air pollution and the virtually non-existing light pollution Namibia offers ideal conditions to explore the southern night sky. One of the best venues for star gazing is the Gamsberg, Namibia’s largest table mountain, with a 2.5 km long and 800 m wide plateau. Until today the Gamsberg is one of the three top venues for star gazing throughout the southern hemisphere. Geographically the Gamsberg forms the highest elevation of the Great Escarpment in the north – south direction between the highland and the Namib Desert. Located about 135 km away from the capital Windhoek and right next to the Hakos Mountains 220 astronomic useful nights with extremely low air disturbances per year can be profited from.