The capital of Namibia

Windhoek is the capital of Namibia and today has between 300,000 to 400,000 (depending on source of information) inhabitants. Windhoek is the political, cultural, industrial and economical centre of Namibia.

The name Windhoek is derived from the Afrikaans meaning „windy corner“. The former spelling at the beginning of the German colonial time “Windhuk” is not in use anymore.

Later the Boers, Dutch settlers from the Cape Colony (South Africa), built a stone church large enough to hold 500 people, which was also used as school. Soon a town developed, which however was completely destroyed by the warlike disputes between Nama and Herero so that by 1873 nothing was left of the once aspiring town.

In 1884 German South West Africa was declared as German Protectorate. Although the English had annexed the bay of Walvis Bay at the coast in 1878 and had assigned the area to the Cape Colony they were not at all interested in the hinterland, so that the German colonial powers were free to do as they pleased.

Initially Otjimbingwe was chosen as administrative centre of the German colony. In 1890 Curt von Francois, captain of the German troops declared the much more centrally situated Windhoek as new administrative centre. Windhoek was founded on 18 October 1890 when the foundation stone of the fort known today as “Alte Feste” had been laid. The Curt von Francois statue commemorates this event.

In the years to follow the development of Windhoek was rather slow. From the beginning a strict division between black and white settlers took place, whereas the black settlers were forced to resettle a couple of times. In 1916 the town had about 11,000 inhabitants due to urbanisation and immigration from South Africa and the German empire.

During the First World War the German Colonial time came to an end in Windhoek in 1915 and the town was occupied by South African troops, which were under British command.

Later the infrastructure was improved, streets were tarred and the water supply was extended, etc., whereas the principal of racial division was continued in schools and hospitals. The black inhabitants were repeatedly force to resettle which let to heavy protests and violent disputes reaching their peaks in the years 1959 to 1963.

When Namibia became independent from South Africa in 1990 the town experienced a strong revival regarding political, cultural and touristic aspects and the number of inhabitants increased rapidly.

Geographically speaking Windhoek is situated in the centre of Namibia. As is expected from a capital all transport links from north to south and from east to west cross here. Due to its hilly surrounding the international airport “Hosea Kutako” is situated forty kilometres outside the town – southern Windhoek only has a small airport. Windhoek is surrounded by mountain ranges, which are up to 2000 metres high and which strongly limit an expansion of the town. Windhoek has a height of 1,625 to 1,725 metres above sea level.

Until today numerous buildings from the colonial time can be found in Windhoek. It is striking how clean the town is. The influence of the German colonial times can still be seen today: German Restaurants, several German street names, German beer, bread and sausages. Especially the German carnival is celebrated to a great extend! In some of the shops one can communicate in German even though the official language in Namibia is English.

The town offers quite a few places of interest for example the Christuschurch, the Tintenpalast (seat of the government), the old fort „Alte Feste“ the monument of the German rider as well as several museums and galleries.

Nearly all Namibian or Namibia operating companies have their seat in Windhoek. Many companies have German-Namibian owners. Due to this concentration the town is continuously growing by approximately 12,000 persons annually.

Windhoek - The capital of Namibia 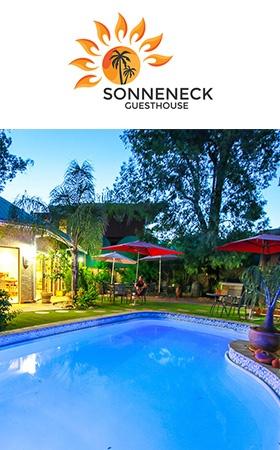 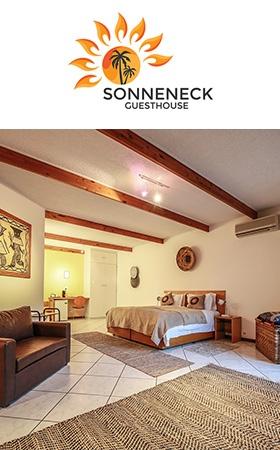 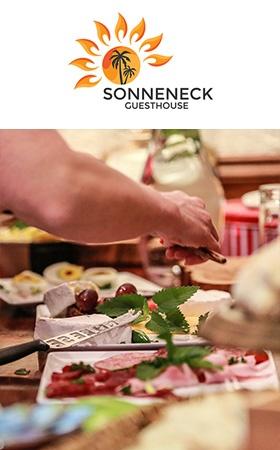 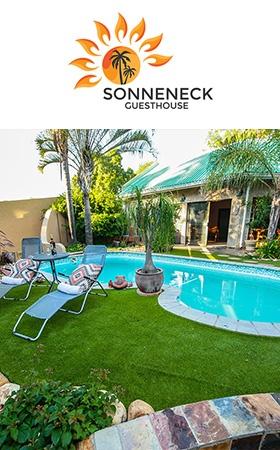 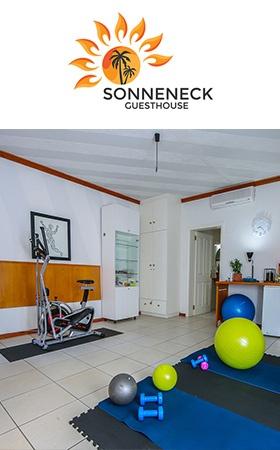 Windhoek at a glance. Here you will find all activities und accommodation facilities in Windhoek.

Points of interest in Windhoek