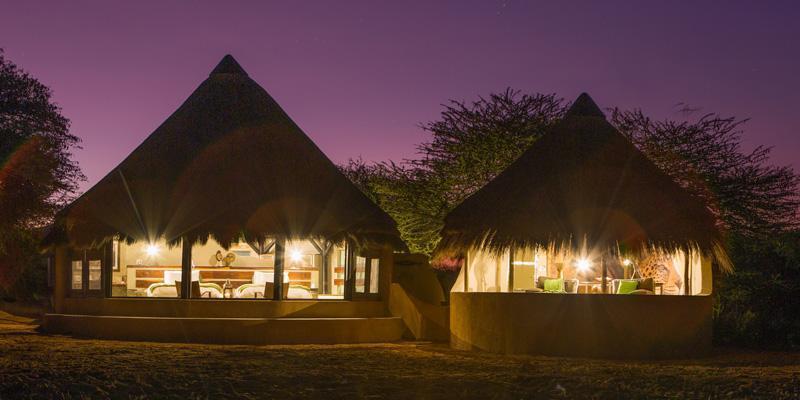 The Okonjima Bush Camp consists of 8 African-style private chalets with open lounge, a wheel-char friendly luxury suite, a cozy thatched lapa (with Wi-Fi facilities) as well as a large swimming pool. The Bush Camp is part of the exclusive Okonjima Collection situated on the Okonjima Game Reserve.

Based on the private 22 000 ha large Okonjima Game Reserve is the AfriCat Foundation. The foundation provides an environment for previously non-releasable large carnivores such as lion, cheetah, wild dog and leopard. Visitors will be able to learn a lot about these animals while visiting Okonjima.

It’s our pleasure to book this accommodation for you. You will have no additional costs as we charge the public rates. Please be advised that we are not able to make any campsite bookings. Please refer to our Terms and Conditions.