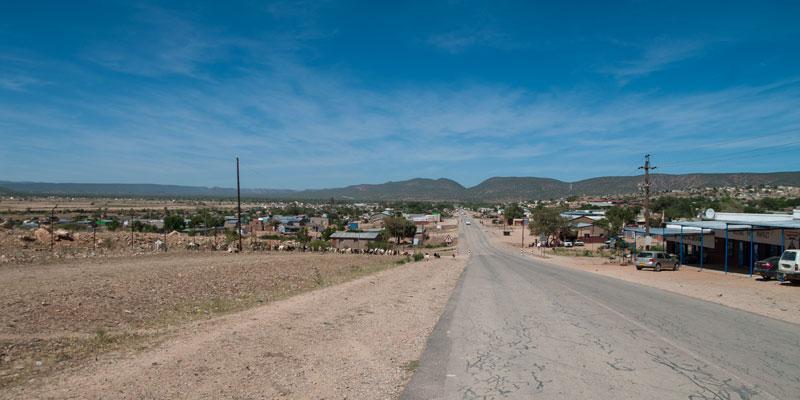 The capital of the Kunene region

Opuwo is situated in the northwest of Namibia and is the capital of the Kunene region. The town is home to about 5000 inhabitants.

In Opuwo ancient traditions and modern times meet, as Opuwo is the centre of the Himba culture. The Himba are independent people and are the last nomads of Namibia. The Himba are the forefathers of the modern Herero and entered northern Namibia during the 15th / 16th century from Angola.

The Kunene Region is also associated with the so-called Kaokoveld (or Kaokoland). The Kaokoveld is a huge, dry region (50,000 km²) in the north-east of Namibia. No agricultural activities take place here and an abundance of wildlife can be found.

The town of Opuwo is the only bigger town to be found in the Kunene region and is an ideal stop over when travelling north to the Epupa Falls of the Kunene River. The only air port of the region is found here.