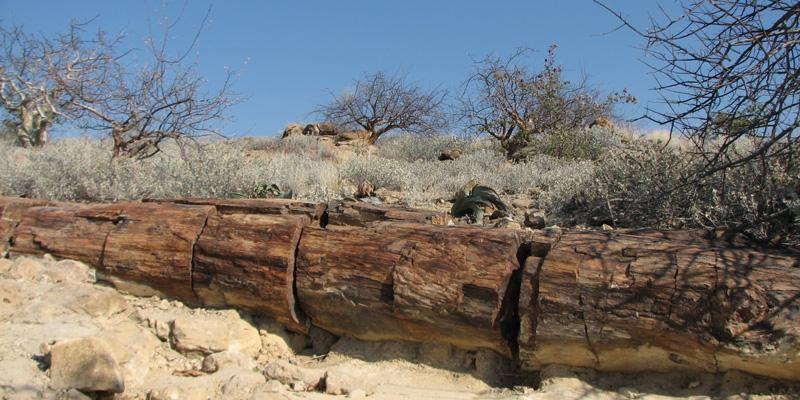 The name is a bit misleading as it is not exactly a forest, which turned to stone, but rather an accumulation of enormous fossilized tree trunks about 280 million years old. Scientist found out that these trunks haven’t grown in today’s Namibia but were washed down a river in ancient times when one of the many Ice Ages ended on the Gondwana continent. There must have been a huge flood that carried along the trunks to where they lie today.

This flood also carried a lot of sand and mud which covered the trees to such an extent that air intrusion was prevented and consequently no decay took place. The organic material of the trunks was conserved. Due to enormous pressure and over a period of millions of years even the finest structures of the wood have been dissolved by silicic acid and replaced by quartz, which is silicic acid in crystalline state. The result is perfectly conserved and completely petrified trunks.

Thanks to erosion many of these trunks are now exposed and amongst many smaller specimens two fully exposed trees measuring up to 45 m have been discovered. Geologists did some research on the trunks and found out that the trees belong to the family of the Cordaites tree, which grew a long time ago in today’s Europe and was the ancestor of firs and spruces.

Additionally to the petrified tree trunks some beautiful specimen of the Welwitschia Mirabilis can be seen here. The Welwitischia Miralibis is named after Friedrich Welwitsch, a botanist who discovered the plant in the mid-19th century in Angola. The Welwitschia is often called a living fossil due to the fact that they are very long-living plants. Some Welwitschias are said to be 1500 years old and even older. The plants are endemic to the Namib Desert and only consist of a root a small stem and two leaves.

The official Petrified Forest is situated on a plateau and can be reached by normal sedan vehicle. 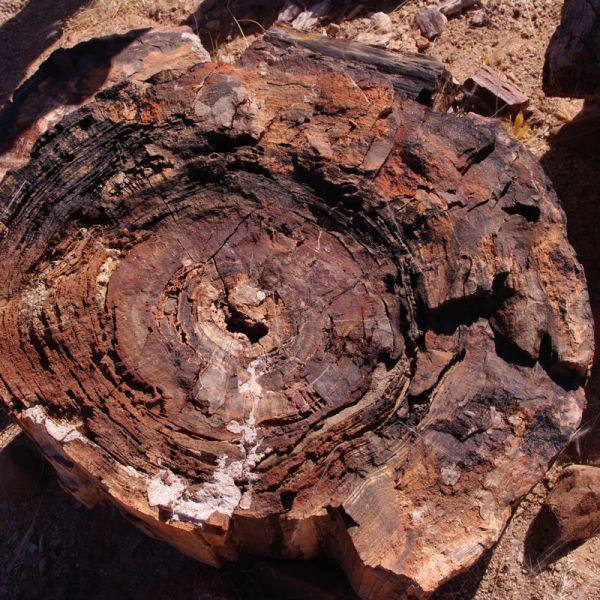 A piece of petrified wood

Welwitschia mirabilis at the Petrified Forest in Namibia 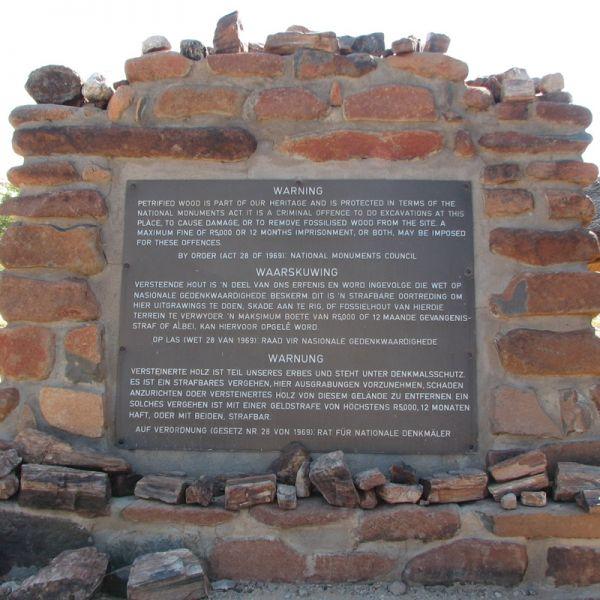 Petrified wood is part of our heritage and is protected 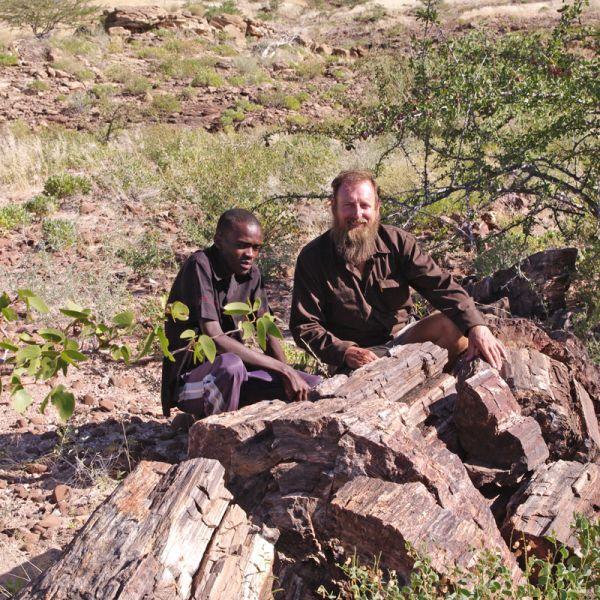